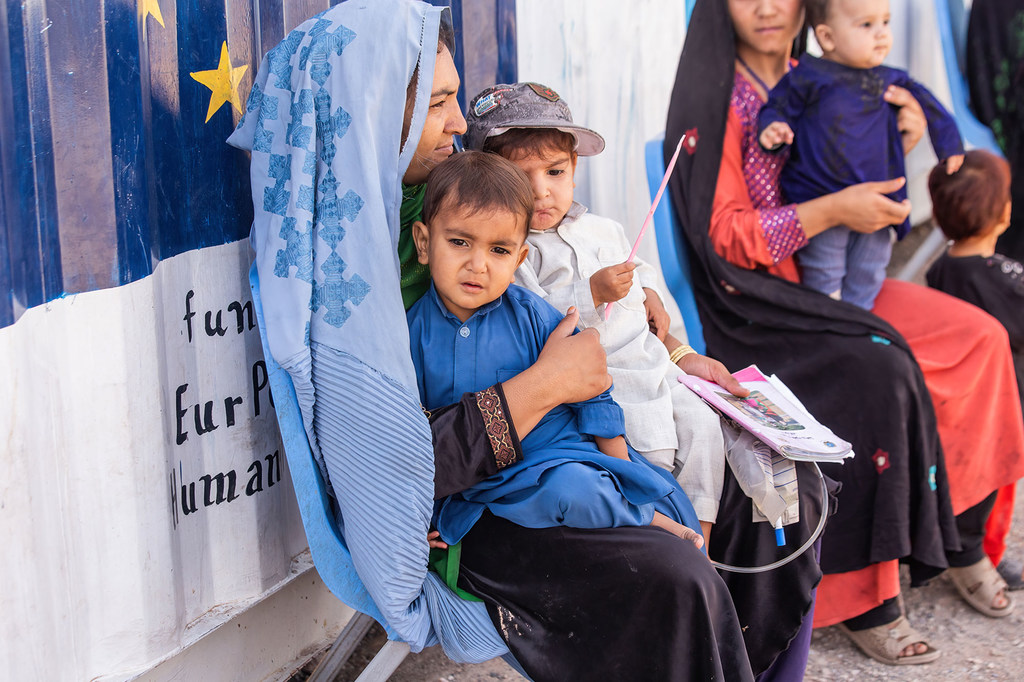 The UN refugee agency, UNHCR, on Friday urged countries to step up reunification for Afghans whose families remain in the country or who are displaced across the region, as the humanitarian crisis in their homeland worsens.

Spokesperson Shabia Mantoo said Afghan refugees have been approaching UNHCR offices, desperately concerned about the safety and welfare of their loved ones left behind, or living in neighbouring countries.

“While recent political developments in Afghanistan have not led to large-scale cross-border displacement, many among pre-existing Afghan refugee and asylum seeker populations remain separated from their families owing to the inaccessibility of family reunification procedures,” she told journalists in Geneva.

The call comes as the humanitarian crisis in Afghanistan continues to deteriorate as winter approaches.  Half the population, some 20 million people, depend on aid to survive, and the number is rising.

With the economy on the verge of collapse, the UN has been pressing the international community to increase support to the country. However, a $606 million appeal launched last month is only around 38 per cent funded.

Speaking from the capital, Kabul, UNHCR Spokesperson Babar Baloch said this week he was at a distribution centre where hundreds of people gathered to receive assistance every day.  Their stories were heartbreaking.

“We saw an old mother collapsing before our eyes and some colleagues attended to her. The reason is she hasn’t eaten for days, and she is the one who is heading the household, because of what has happened to her,” he recalled.

“We have grandfathers, we have children, we have little girls who should be in school, queueing up in the redistribution queue and then you have mothers who are pleading for one more pack of cereal or milk.”

UNHCR is urging governments to prioritize and simplify reunification admission procedures so that Afghan refugees and their families can be together again.

Family reunification schemes are distinct from refugee resettlement programmes, but they can complement humanitarian programmes by facilitating safe and legal entry for refugees to other countries, thus reducing the chance of them resorting to dangerous and irregular routes.

Reunification ensures preservation of family unity, a principle protected under international law, the agency said, and also helps to protect lives, given the exceptionally challenging situation in Afghanistan.

“While many countries have specific legal frameworks that provide for refugee family reunification and offer specific safeguards and waivers, UNHCR is worried that many Afghan refugees could face considerable administrative barriers in realising this legal right,” said Ms. Mantoo, referring to constraints such as prohibitive costs, lengthy waiting times and inflexible documentation requirements.

A few countries have committed to fast-tracking through measures such as humanitarian visas and prioritizing reunification procedures for Afghan families, and UNHCR urged governments to ease, expand and expedite these arrangements.

Countries are also encouraged to apply “liberal and humane criteria” when it comes to identifying qualifying family members, taking into account diverse family compositions and structures.

Eligibility should also include extended family members, when a relationship of dependency is shown, said Ms. Mantoo.  “In the current context, many of those seeking to reunify with their loved ones in third countries will in any case qualify as refugees and be eligible for all refugee protection safeguards.”

With many embassies and consulates currently closed in Afghanistan, refugees may face constraints in meeting administrative and documentation requirements. To account for this, UNHCR suggested that countries should update processing procedures, as well as accommodate remote interviews online, among other measures.