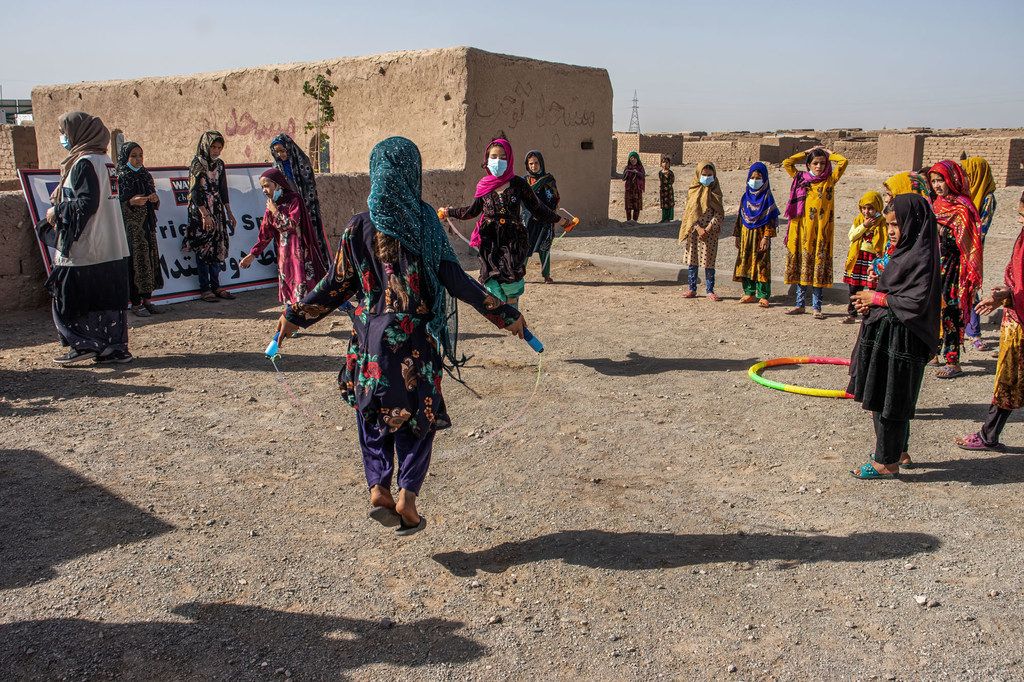 UN humanitarian agencies and their partners on Tuesday urged countries to honour their pledges to Afghanistan, as they rush to scale-up delivery of lifesaving aid ahead of the coming winter season there.

Afghanistan was already among the world’s worst humanitarian situations prior to the Taliban assuming power in August, which has deepened existing needs and vulnerabilities.

A $606 million flash appeal launched in September to assist more than 10 million vulnerable Afghans is less than 40 per cent funded.

Humanitarians warned that donor pledges and commitments “must urgently be turned into reality” before it is too late.

“Afghanistan is on borrowed time,” said Mary-Ellen McGroarty, Representative of the World Food Progamme (WFP) in the country. “I’ve never before seen a crisis unfold at this pace and scale.”

Afghanistan has suffered decades of conflict and displacement, as well as chronic poverty, severe drought, and now the COVID-19 pandemic.

Nearly half the population, more than 18 million people, require aid assistance to survive, while conflict and insecurity have displaced more than 3.5 million, with nearly 700,000 uprooted this year alone.

The country’s health system is failing and the economy is on the brink of collapse. The rights of women and girls, and minorities, are also seriously under threat.

“We are witnessing a new depth of destitution as the drought and the economic crisis drives up food and fuel prices,” said Ms. McGroarty, stressing that families desperately need support as the colder weather approaches.

UN agencies and partner organizations are responding to the crisis despite financial shortfalls, logistical challenges and what they described as “an increasingly complex geo-political situation.”

Dr. Ramiz Alakbarov, the top UN humanitarian official in Afghanistan, said the country’s people “must not pay the price of collective failures”, and deserve to live in peace and dignity.

“We will spare no effort to respond to the needs of all women, men, and children in Afghanistan,” he said. “We will continue to advocate for the rights of women and girls, and of minority groups, as well as the rights of all to employment, food, healthcare, education, and safety.”

Last month, humanitarians provided food assistance to more than 3.8 million Afghans, and treated some 21,000 children under five, as well as 10,000 women, for acute malnutrition.

Additionally, 32,000 people received blankets, warm clothes and other non-food items, and 450,000 were reached with primary and secondary healthcare. Support was also provided in areas such as education, farming, and mental health.

But they said the outpouring of support shown in September must be followed by action, or the humanitarian situation will continue to deteriorate.

They appealed to the de facto authorities, UN Member States, donors and other stakeholders to mobilize immediately to prevent a further humanitarian catastrophe.

“A lack of immediate action will inevitably lead to a deeper humanitarian crisis and further displacement that will have not only regional, but global implications,” he added.

The UN agencies and partners urged countries to allow the “swift and unfettered movement” of aid relief, as well as their personnel, into and out of Afghanistan.

Humanitarian financial exemptions are also needed so that funding can reach aid organizations on the ground.

They further underlined their commitment to deliver unconditional aid based on need, in line with the principles of humanity, neutrality, impartiality, and independence.