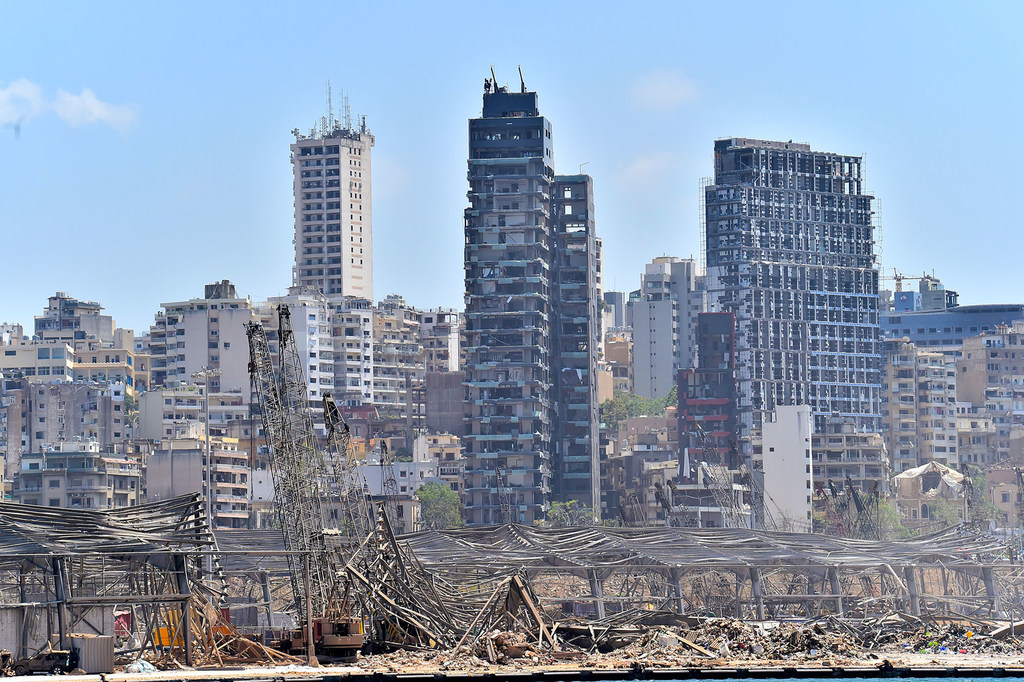 The UN and humanitarian partners on Friday announced a $383 million Emergency Response Plan (ERP) for Lebanon to provide critical life-saving assistance and protection to some 1.1 million citizens and migrants over the next 12 months.

For the past two years, Lebanon has been grappling with multiple challenges, including economic and financial meltdown, political deadlock, as well as the disastrous impacts of the August 2020 explosions in the capital, Beirut, the COVID-19 pandemic, and the ongoing war in neighbouring Syria.

Najat Rochdi, UN Resident & Humanitarian Coordinator for Lebanon, said many people now find themselves in situations which were inconceivable even a year ago, when Lebanon was considered a high middle-income country.

“More and more Lebanese households are unable to afford basic expenses like food, health, electricity, water, internet, fuel and education. For the most vulnerable among the poor, the impact is extremely devastating, and surviving has become their only goal,” she said, speaking at the launch in Beirut.

A staggering 78 per cent of Lebanon’s population, or three million people, are estimated to be living below the poverty line, while extreme poverty has reached as high as 36 per cent.

Starvation has become “a growing reality” for thousands of families, and acute malnutrition rates have increased substantially among children under five.

For ordinary people, the situation is “a living nightmare”, she said, causing unspeakable suffering and distress for the most vulnerable.

Ms. Rochdi told reporters about the countless “heartbreaking, sometimes outrageous and shocking” stories she heard during recent field visits. “I met breadwinner mothers who were ‘ashamed’ of waiting in lines to pick up their food parcel,” she recalled.

“Never in their life have they depended on others to feed their children, they told me with tears triggered by feelings of despair. Yet, their main concern is to put food on the table and get a job that pays the rent. They worry about the safety of their children, about their education and their blurry future.”

Education has been hit hard.  At least 1.2 million children, including Syrian and Palestinian refugees, have had their education disrupted for more than a year, according to the UN Children’s Fund (UNICEF).

Lebanon’s public health system has also been “stretched beyond its limit”, Ms. Rochdi added, due to the double impact of the economic crisis and the pandemic.  Skilled health workers, as well as teachers, have fled the country.

“People are increasingly unable to access and afford healthcare amid the growing shortages of medicines and medical supplies. Pharmacy shelves are empty, hospital stocks are nearly depleted and home medicine cabinets are bare,” she said.

“Cancer patients are paying a hefty price, with the majority forced to stop their life-saving treatment. And this is unacceptable. This is like a ‘death penalty’ for all those whose lives depend heavily on medication!”

© UNICEF LebanonLebanon’s health system is under severe strain as the country struggles with a political, economic and humanitarian crisis.

Meanwhile, electricity shortages and the potential collapse of water supply have affected critical services, including hospitals, while jeopardizing the school year. Ms. Rochdi warned that should the situation worsen, up to four million people will be affected, including one million refugees.

The ERP covers 119 projects in the sectors of education, food security, health, nutrition, water and sanitation, child protection and protection against gender-based violence.

It also contains an emergency logistic operational plan focused on establishing a fuel supply chain. The aim is to ensure humanitarians can continue their work, but also to provide fuel to critical health, water and sanitation establishments across Lebanon, for a limited time period.

Activities are centred around providing direct support, including distribution of food and cash assistance to some 500,000 people, improved access to doctors for roughly 250,000 people, nutritional surveillance and food supplements for 400,000 young children and mothers, and provision of distance and in-person learning to children.

This past August, donors attending a conference to boost support for Lebanon, co-chaired by the UN and France, pledged $370 million to fund the plan.

“We count on their boundless generosity to urgently fulfil their pledges to allow for timely delivery of the emergency plan’s life-saving projects. The funding they provide will save lives and make an enormous difference in alleviating the hardship of the most vulnerable,” said Ms. Rochdi.

In the interim, the UN’s Central Emergency Response Fund (CERF) in New York, as well as another fund focused on Lebanon, managed by its humanitarian affairs office, OCHA, disbursed $10 million last month to finance the fuel delivery component of the ERP.